HOPES wants to extend a big congratulations to three of our amazing staff members for each being nominated for the Healing in HIV Service Award: Chief Operations Officer Ivy Spadone, Case Manager Connie Ewing, and Dr. Trudy Larson! 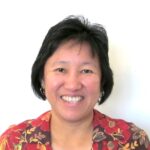 It is the first time the state of Nevada is giving out these awards as a part of the Ryan White Part B Core Medical and Support Service Awards. All three have shown incredible dedication and go above and beyond for HOPES patients every day.

Ivy ended up receiving the award yesterday at a presentation here at HOPES. Congrats Ivy! Here is the press release from the Nevada office of HIV/AIDS announcing the award winners:

Carson City, NV, June 17, 2016– The Office of HIV/AIDS is pleased to announce the recipients of the 2015-16 Ryan White Part B Core Medical and Support Service Awards. The award winners, and nominees, were recognized at an awards ceremony during the Ryan White Part B All Providers Conference in Las Vegas on Monday, June 6th. The two honorees: Ivy Spadone and Frances Ashley, will be recognized by their Northern Nevada peers and awards will be presented at the Northern Nevada Ryan White Service, Planning, and Evaluation Collaborative (SPEC) on Wednesday morning, June 29th, at Northern Nevada HOPES at 9:00AM.

The 2015-16 Healing in HIV Service Award was bestowed upon Ivy Spadone, PA-C, of Northern Nevada HOPES. This award honors a person whose program, vision, and dedication has positively influenced the health outcomes of people living with HIV in Nevada. Ivy was nominated by her peers for her innovation in HIV care. “Over her 16 years of providing direct care to HIV positive individuals, and most recently, during her past three years as HOPES’ Chief Operating Officer, Ivy has created and implemented programming that not only enhances HIV positive individuals’ lives, but act as a safety net against external barriers and stressors that threaten their success in HIV treatment.” 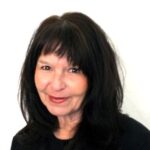 The 2015-16 Excellence in Support Innovation Award was presented to Frances Ashley of Carson City Health & Human Services. This award honors a person whose vision, imagination, and creativity has positively influenced the advancement of knowledge and supportive care for people living with HIV in Nevada. Frances was nominated by her peers in the HIV/AIDS community for her loyalty to the Ryan White Part B community. “Frances has helped many clients live productive lives that might not have had a chance without her services.” 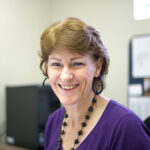 These awards promote merit in the Nevada Ryan White Programs by recognizing individuals who have made extraordinary contributions to the HIV/AIDS community. It is our intention that award winners will continue to serve as inspirational leaders to HIV/AIDS care teams throughout the state of Nevada. The Office of HIV/AIDS would like to thank all of our providers for their dedication and commitment to our clientele.

If you would like more information about this topic, please contact Emma Bohannon, Marketing Coordinator for the Office of HIV/AIDS, at (775)684-4074 or email at ebohannon@health.nv.gov.

The Nevada Office of HIV/AIDS is part of the Division of Public and Behavioral Health within the Nevada Department of Health and Human Services.