What is it like getting a rapid HIV test at Northern Nevada HOPES? It’s easy, free and confidential.

This video demonstrates the process of getting tested for HIV at HOPES’ Change Point facility. Our friendly staff and volunteers make getting tested for HIV as painless as possible, so you can know your status. They can answer questions about HIV risk factors and give you condoms, lubricant, safe sex supplies, sterile syringes, and other safe injection equipment.

You can get a screening at Change Point Monday – Friday from 10am – 4pm. Walk ins are always welcome and no appointment is needed.

Find out more about getting tested for HIV or hepatitis C at Change Point.

The Basics of HIV

Below are some frequently asked questions about HIV. There is information on the difference between HIV and AIDS, how HIV is spread as well as how to better protect yourself from contracting the Human Immunodeficiency Virus.

HIV stands for Human Immunodeficiency Virus. The virus is transmitted through certain body fluids such as blood and semen. 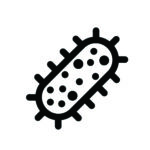 HIV weakens the immune system and makes people vulnerable to other diseases. HIV destroys CD4 cells (or T-cells), which are key white blood cells the body uses to identify germs for the immune system to fight off.

When the virus destroys enough CD4 cells, the person enters into the final stage of HIV, known as Acquired Immunodeficiency Syndrome (AIDS).  People living with HIV/AIDS don’t die from the virus itself, but a weakened immune system can lead to other opportunistic infections (such as tuberculosis) or cancers.

How do you get HIV?

HIV is transmitted through certain body fluids such as:

How do I know if I’m at risk for HIV?

HIV is most commonly transferred through unprotected sex with an HIV+ partner or when sharing needles with HIV+ people who inject drugs.

Different forms of sex have different risk factors. Using condoms during sex is the best way to prevent the transmission of HIV if you’re sexually active.

Vaginal Sex (penis in the vagina) is the second riskiest sexual behavior to contract HIV.

Sharing needles to inject drugs is another common form of transmission. Reusing dirty needles, syringes, rinse water and other equipment (“works”) with a person who is HIV+ has a very high risk of infection.Northern Nevada HOPES offers a syringe services program to help people protect themselves by getting clean needles. Click here to find out more.

HIV is NOT spread by:

What are the best ways to protect from HIV?

Condoms: Proper and consistent condom use during sex can substantially reduce the risk of contracting HIV. Make sure to use lubricant to help prevent the condom from breaking.

Clean needles: Injected drug users contract HIV by sharing needles and equipment with other drug users who are HIV+. To avoid the risk of contracting HIV, only use clean needles, and avoid reusing and sharing equipment (such as cookers, cottons and water) with other people.

Medication: PrEP and PEP. More on that further down.

Pre-Exposure Prophylaxis (PrEP) is a daily pill that can reduce the risk of contracting HIV. It is similar to the medicine used to treat HIV + individuals.

Taken properly, PREP can help lower the risk of contracting HIV by 92 percent. But the CDC still recommends people on PrEP still use condoms and other measures to prevent from getting HIV.

For more information on PrEP, see the Center For Disease Control PrEP website.

Post-Exposure Prophylaxis is an antiretroviral medication used after a single high-risk event. It’s taken to reduce the chances of someone becoming HIV + after being exposed to HIV.

PEP is usually taken by medical workers who have accidently been exposed to HIV (example: accidental needle stick), after sexual assaults, or after an event where someone had a high chance of being exposed to HIV.

PEP should be taken no more than 72 hours after the event. PEP should only be taken in uncommon situations with a high risk of HIV exposure because PEP uses more drugs and higher doses to prevent someone from becoming HIV +. PrEP is a better choice for repeated use.

What are HIV symptoms? How do I know I have HIV?

The only way to know for certain if you have HIV is to get tested.

Most people with HIV don’t show symptoms at all for 10 years or more. There is a wide range of reactions to HIV, and many symptoms can be confused with other diseases.

Symptoms of HIV vary depending on the person and what stage of HIV they are in. Some people only experience mild symptoms and don’t even notice anything wrong, while other people have terrible flu-like symptoms shortly after they contract HIV.

These symptoms can include:

How often should I get tested for HIV?

You can get a rapid HIV test for FREE at the Northern Nevada HOPES’s Change Point building. Tests are quick and confidential. A screening only requires a blood sample, which is obtained by a finger prick. Test results are ready in 15 to 20 minutes. If you test positive for HIV, HOPES will schedule a more comprehensive confirmation test and help connect you with resources to help you with HIV.

About 1 in 8 people with HIV don’t know they have it, so it is important to get tested.

What if I have HIV? Does HIV have a cure?

This information was sourced from the Center For Disease Control and Prevention. For more information on HIV risk factors, prevention, and care, visit http://www.cdc.gov/hiv/